Interested in a one-week learning opportunity where you will interactively explore evaluation
theory with community stakeholders and develop evaluative responses to community informed issues? 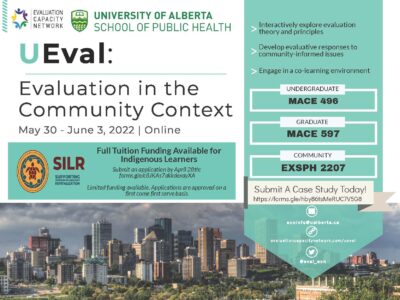